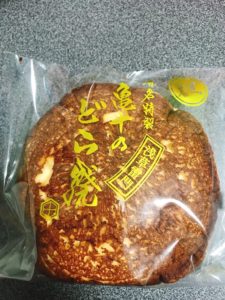 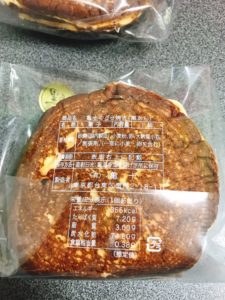 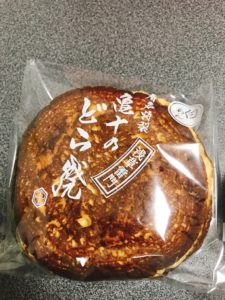 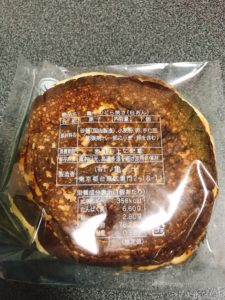 Have you ever heard a Japanese snack called “Dorayaki”?

Dorayaki is a Japanese red bean pancake. Also, it is famous for what Doraemon (Japanese manga character) loves.

This time, we would like to introduce one of the three major dorayaki shops in Tokyo.

It is “Kameju” in Asakusa.

The shop is located on the main street in front of the Asakusa Kaminari-mon gate and is famous for being a must-attend souvenir of Asakusa.

Because each Kameju’s dorayaki is handmade by a craftsman, it is limited to 3,000 pieces a day, and is characterized by its uneven baking and fluffy pancake-like crust.

The soft, artisanal wrapper is wrapped around an elegant bean paste.

This is a different kind of Dorayaki from the voluminous “Usagiya” in Ueno. 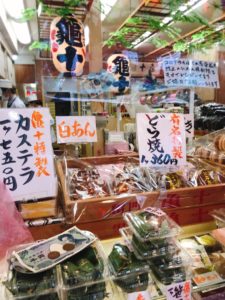 The white bean paste is said to be made from Tebo-bean, which is creamy and gentle in texture.

At 360 yen per dorayaki, it’s a bit expensive for a dorayaki, and there are a lot of people waiting in line, so it’s hard to get one, but it is a must-try souvenir! 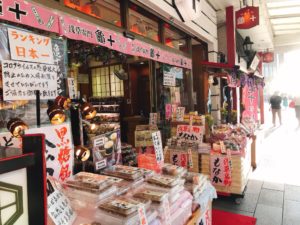 ☆Recommendation points from the secretary’s perspective☆
long-established product, suitable for men and women of all ages, small and not too bulky, high scarcity, and boxed.

Have you ever heard Japanese traditional sweets called "Manju"? Manju is a Japanese dessert which sweet red bean past...

This is their specialty Danish bread. They use a lot of fresh butter and fresh cream, and every step of the pro...
Introduction of starter 6-pieces set for Tea Ceremony Practice
Secretary’s recommendation! “Denish bread” from “Moncher” in Yurakucho