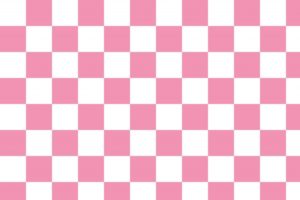 Ichimatsu pattern is called a checkerboard pattern in English and it is a pattern in which squares of two colors are repeated up, down, left, and right. 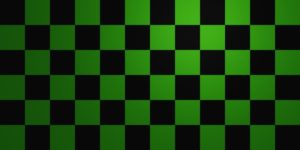 Now, it might be better to say it is a pattern the cloth of manga character Tanjiro Kamado of “Demon Slayer: Kimetsu no Yaiba”.

By the way, the pattern of the kimono of Sumijiro’s sister, Nezuko, is a “hemp leaves” pattern called Asanoha in Japanese. It was just introduced last time, so please check it out.

The Ichimatsu pattern appears to be modern, appearing in cartoons and being used as the emblem and mascot character for the Tokyo Olympics, but in fact, it has a long history and can be seen in Haniwa clay figurines from the Kofun era and dyed textiles from the Shosoin Repository.

Maybe one day it will be called “Tanjiro pattern”!

This pattern is also familiar overseas, as it is used on Louis Vuitton’s Damier logo and the checkered flag waved at the finish line of Formula 1 and other races.

Come to think of it, chess boards also are used a checkerboard pattern.

When wearing a kimono, pay attention to (1) If the motifs are of plants and animals in nature, "Season ahead! is the iron rule. (2) If the motif is a seasonal event, it's OK up to the day of the event plus ahead of time. (3) Non-seasonal patterns and flowers patterns from all four seasons are OK for all seasons.
Wagashi with tea ceremony of October
Wagashi with tea ceremony of November