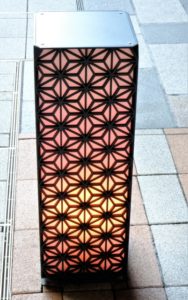 This pattern has been used to decorate Buddhist statues since the Heian period (794-1185) and was used to ward off evil and bad luck.

Because hemp leaves grow very fast and straight, they were often used to make baby clothes to wish for the healthy growth of the child.

In the Edo period, this pattern became very popular when it was used in the Kabuki play “Yaoroya Oshichi”, and it became an indispensable pattern for young girl characters.

My yukata that I bought last year was also this hemp leaf pattern! 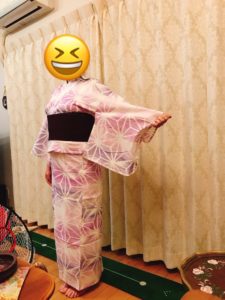 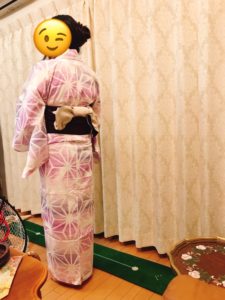 Oops, even the yukata has wrinkles in the obi…

■Kimono Prices and Where to Buy Are you thinking that kimonos are too expensive? Basically, that is right! ...
Shrine stamp in Hawaii!? Izumo Taishakyo Mission of Hawaii
Wagashi with tea ceremony of October