Have you ever heard Japanese traditional sweets called “Manju”?

Manju is a Japanese dessert which sweet red bean paste is wrapped with dough made of wheat flour.

We would like to introduce one of Manju which origin is Sendai City in Miyagi prefecture. 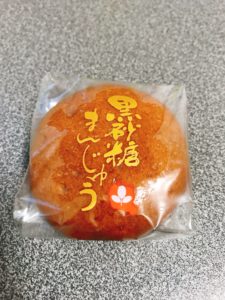 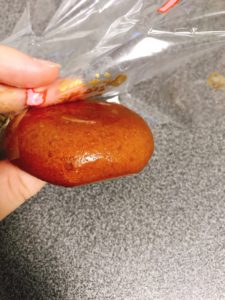 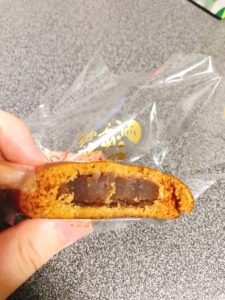 The characteristic of the brown sugar Manju at Tamazawa So-honten is the unmistakably moist and puffy texture of it.

They put arrowroot in the dough of the buns, which is a technically difficult production method.

It is a one-of-a-kind Manju with a smooth sweet bean paste with a strong taste of brown sugar from Hateruma Island, the southernmost part of Okinawa.

To protect its texture, the snacks are not allowed to be refrigerated, and they are made and sold on the same day as they are made, and the best-before date is only 72 hours from the date of manufacture.

But, If you have a chance to visit Sendai, you should definitely try this representative wagash.

And these bite-sized miniature brown sugar dessert is the perfect souvenir to take to the office for a quick bite at work.

However, it’s delicious and you’ll eat it in a flash, so be careful!

It was opened in 1947 as “Manpuku” in Sendai City, Miyagi Prefecture. In 1950, after inheriting the shop name “Tamazawa So-honten” from the long-established shop “Tamazawa”, which served as a confectioner for the Date Clan, they opened a street shop with a coffee shop in the center of Sendai City.

There is also a shop at JR Sendai Station, so we recommend it as a souvenir of Sendai.

Best Before : 72 hours (3 days) from the date of manufacture
Sales period: All year round
Where to buy: 6 stores in Sendai City, Miyagi Prefecture, and Official Website
☆Recommendations from the secretary’s perspective☆
Reasonable price, long-established product, suitable for men and women of all ages, small and not too bulky, high scarcity, packaged in small portions, perfect as a souvenir of a business trip or vacation.

This is their specialty Danish bread. They use a lot of fresh butter and fresh cream, and every step of the pro...

Have you ever heard a Japanese snack called "Dorayaki"? Dorayaki is a Japanese red bean pancake. Also, it is fa...